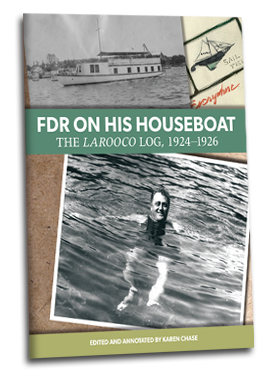 “Karen Chase has put together an absolutely fascinating edition of the log describing Franklin Roosevelt’s winter cruises along the Florida coast in 1924-26.  Wonderfully illustrated and edited, this is a book that will appeal to historians, FDR aficionados, Floridians, fishermen, and boaters of all kinds.  Highly recommended.”                                     — Nathaniel Philbrick
Author of In the Heart of the Sea: The Tragedy of the Whaleship Essex

“What a good idea! The little-known record of one of the least-understood periods in the life of Franklin Roosevelt, filled with all the grit and gallantry and good humor with which he faced the disease that would have defeated a less resilient man.”
— Geoffrey C. Ward
Author (with Ken Burns) of The Roosevelts: An Intimate History and A First-Class Temperament: The Emergence of FDR”

“FDR on the Houseboat: The Larooco Log is a wonderfully powerful chronicle of perhaps the most difficult period in FDR’s personal life; the aftermath of the onset of his bout with polio and his enduring struggle to find remedy. In his own words, the Log demonstrates his wit and charm, his embrace of life and friends, his frustrations with his slow progress toward restoration of his legs, and the pain he endures on an almost daily basis. With personal understanding and feeling, Karen Chase has performed a masterful edit of this revealing journal. A fantastic read!”           — David Roosevelt

Author of Grandmere: A Personal History of Eleanor Roosevelt, and FDR’s grandson 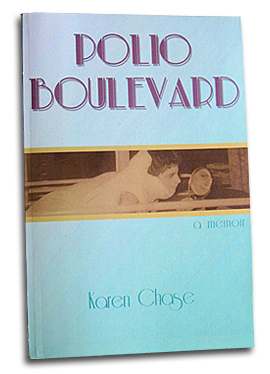 “In the early ’50s, during the polio epidemic, I worked as a physical therapist. I saw firsthand the crushing
suffering children and their families endured. I also saw their bravery and love for each other. Karen’s memoir is a truly remarkable piece of history.”
– Olympia Dukakis

Polio and poetry would seem to be near-opposites. Yet in Karen Chase’s compelling memoir of a terrifying disease she and so many others contracted in childhood, we watch polio’s unwelcome transformations to be matched and outdone by the twists and turns of a poet’s mind. Bravely and with surprising humor, Chase has turned the unlikely, the unlucky, even the tragic into beauty.   
–  Mary Jo Salter 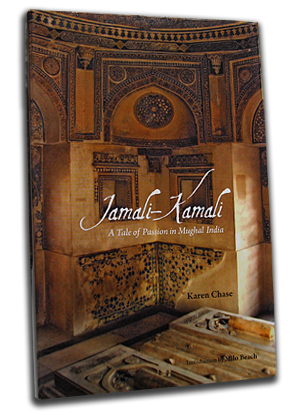 “Jamali Kamali explores the name that dare not speak its love.”
— Time Out Delhi

Jamali-Kamali: A Tale of Passion in Mughal India (Mapin Publishing) is a book-length homoerotic poem that tells the story of Jamali and Kamali, two men who lived in 16th century Delhi. According to the oral tradition, the men were lovers. Although they existed, the book is a fiction about love, sex, separation and death.

For more than a decade, Karen Chase taught poetry writing to severely incapacitated patients at a large psychiatric hospital outside of New York City. During that time, she began working with Ben, a handsome, formerly popular and athletic young man who had given up speaking and had withdrawn from social interaction. Meeting on the locked ward every week for two years, Chase and Ben passed a pad of paper back and forth, taking turns writing one line of poetry each, ultimately producing 180 poems that responded to, diverged from, and built on each other’s words.

“Karen Chase’s Land of Stone is a poignantly eloquent narrative of the therapeutic relationship between an admirably humane, gifted poet and a schizophrenic young man. No miracle takes place, nor need ensue, but both are changed somewhat for the better. Chase is restrained and persuasive in telling her story.”—Harold Bloom, literary critic and Sterling Professor of the Humanities, Yale University

“The teacher is a poet, who understands the depths of helplessness from battles with childhood polio. Her student is a young man, sealed in a cocoon of silence by a series of traumas. In a psychiatric ward, they wrote poetry together, poet and patient, alternating with each other, one line at a time. This simple story is told with such honesty and force, chances are you will not put the book down until the last poem. Land of Stone is also a story of the many intimate roles that language plays in our lives, in the sounds and images it evokes.” —William S-Y. Wang, research professor of language engineering, Chinese University of Hong Kong

“Karen Chase has invented a means of communication that is capable of stirring interest and communicative response even in a psychiatric patient who, for his own reasons, is determined not to be interested or responsive. The effectiveness of the quiet, elegant way, respectful of privacy, in which she invites interest and response makes the diagnostic interrogations and urgings to expression common in clinical work seem heavy-handed and primitive by comparison. In character, she does not presume to teach a lesson to clinicians, but there is one to be learned here nevertheless.”—David Shapiro, professor of psychology, New School for Social Research, and author of Neurotic Styles

“Land of Stone is a gripping, unusual book. I will hand-sell it until the cows come home!”—Matthew Tannenbaum, proprietor of The Bookstore (Lenox, MA) 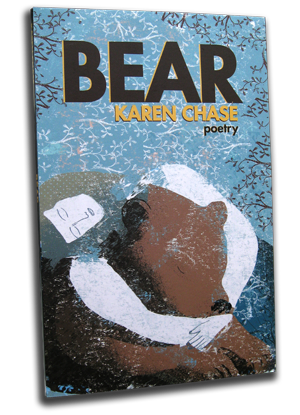 “Karen Chase’s poems are buoyed by lightness and vitality,
a joy in physical pleasures, and an inimitable sense of humor.”
–Harvard Review

“Among other instructive pleasures in this new collection, Karen Chase’s “Bear” poems are an innovation. I recommend them to the reader – with caution, please!” – John Haines

Karen Chase’s second volume of poems, BEAR (CavanKerry Press), affirms the promise of her debut, Kazimierz Square, which former U.S. Poet Laureate Billy Collins heralded as “incandescent.” Again, Chase finds the cryptic beauty in the rawness of everyday life, in our fragile, sometimes menacing juxtaposition to nature, and in the tightrope of human relationships. 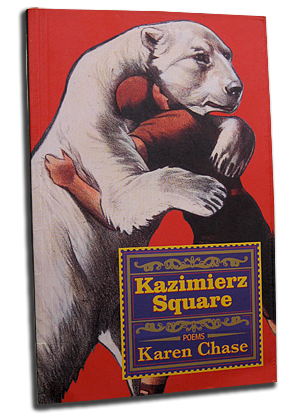 “Lyric and eros armed with a tattered shield of humor –
Karen Chase is present in her life and our times.”
–Andrei Codrescu

“A poetic voice of earthy directness, on the one hand, and on the other of visionary power. Of literary antecedents I see no clue at all.” –Amy Clampitt